Completed the first qualification round of WSE Champion’s League 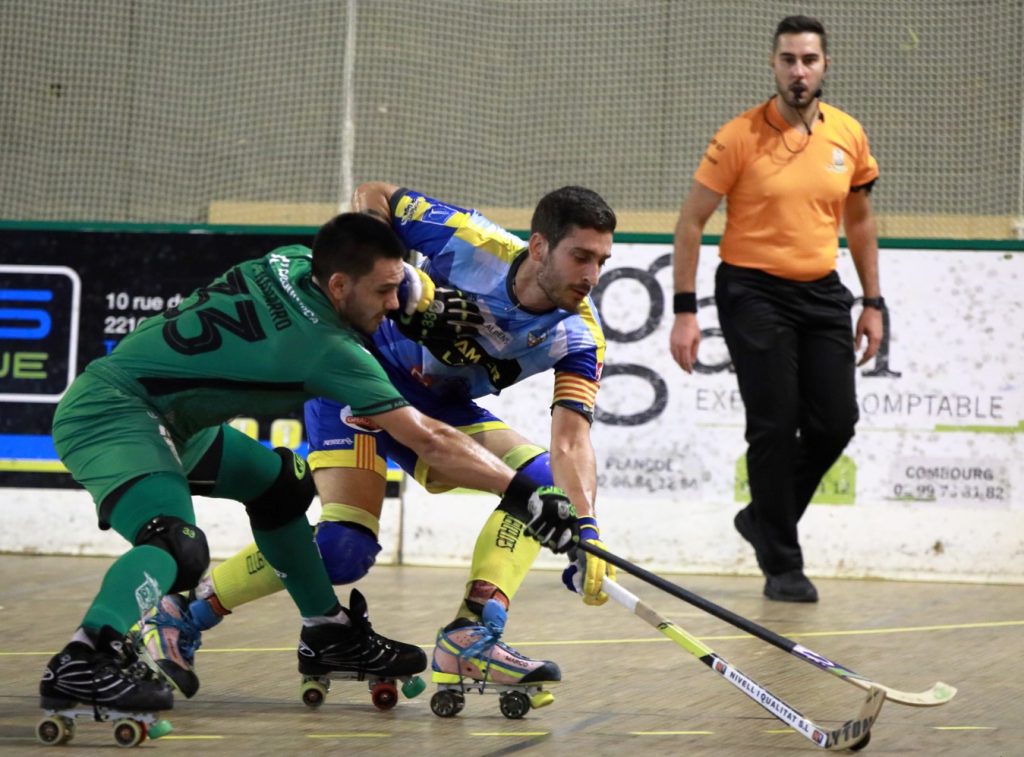 Forte, Braga, Grosseto, La Vendenne, Calafell, Valdagno, Caldes and Valongo are the teams that qualified for the second round of the 2022-2023 WSE Champion’s League which will be played in December. The other 8 non-qualifiers will play in the first round of the WSE Cup in December. Three really intense days where only on the […] 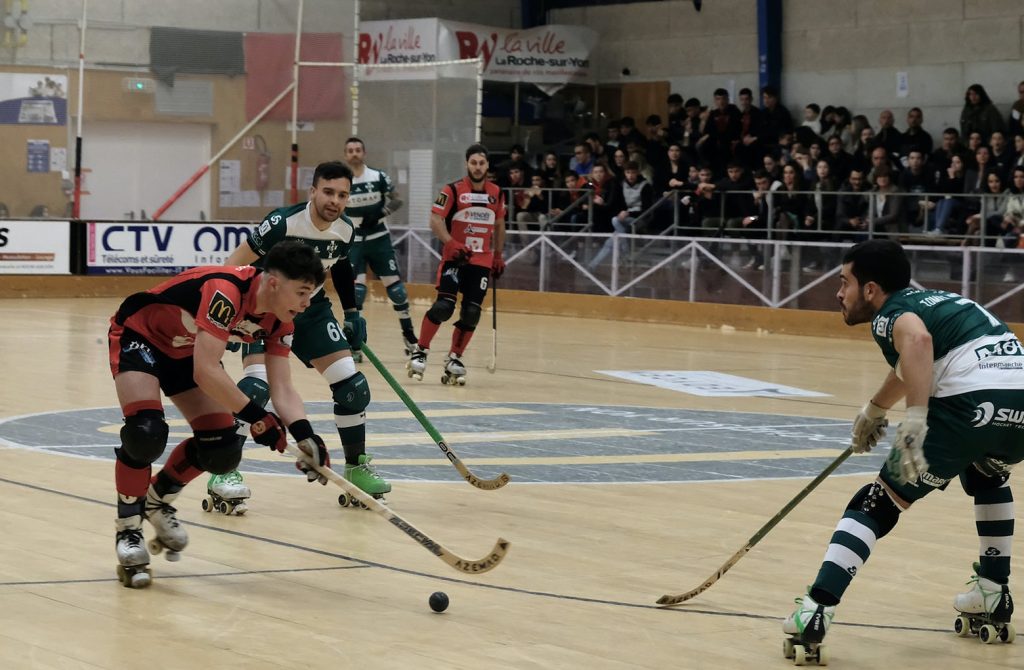 The top European rink hockey competition is now ready to start with a revolution after two years of various problems related to the pandemic. The news WSE Champion’s League Men is at the starting line from tomorrow until Sunday with a new formula, divided into two qualifying rounds, the first next weekend, the second in […]

21st title for Spain in the 41st Under 17 European Championship 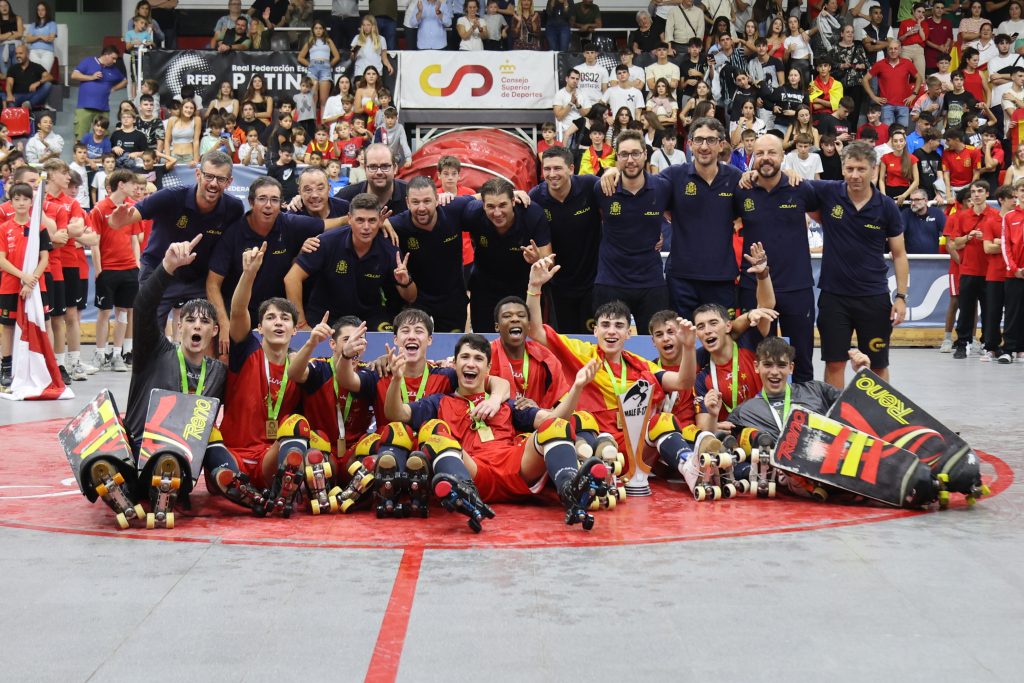 Spain won the 21st title in history in 41 editions, the fourth in a row. An incredible game played in front of over 1500 people who did not skimp on emotions from the beginning with four goals in the first five minutes. Blow by blow the two teams responded to the goals with extraordinary strength, starting […] 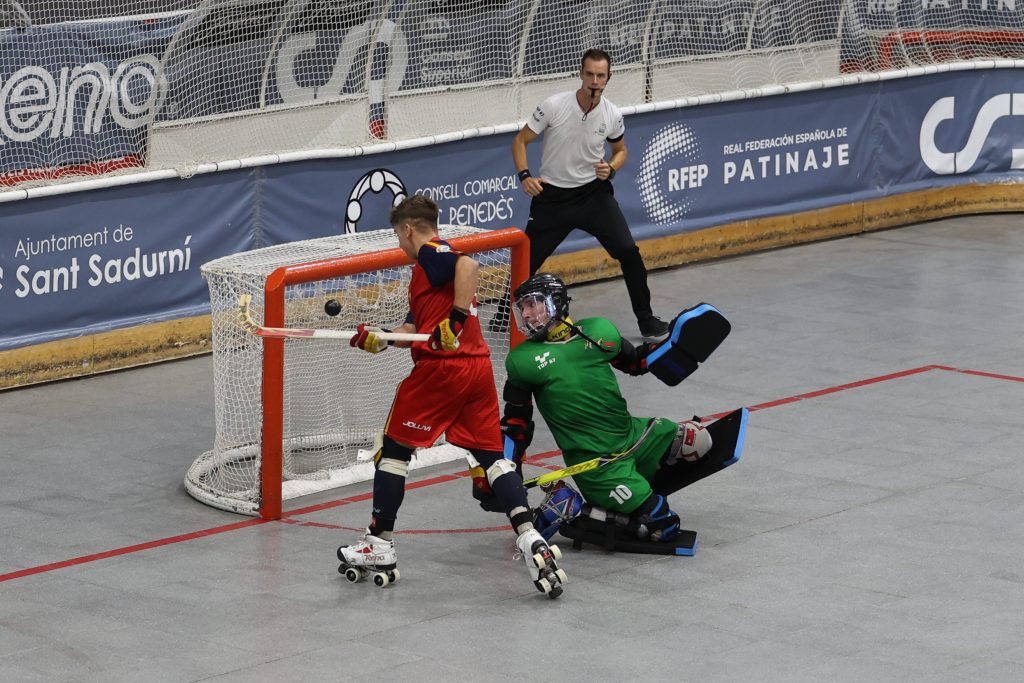 Spain and Portugal will be for the seventh consecutive time the final of the European Under-17 Championship (9 pm local time, 8pm GMT+1). In the last six times, four Spanish victories and two Portuguese, which has not won since 2017. A day marked by Spain’s formidable victory over Italy for 7-0, a concentrate of precision […] 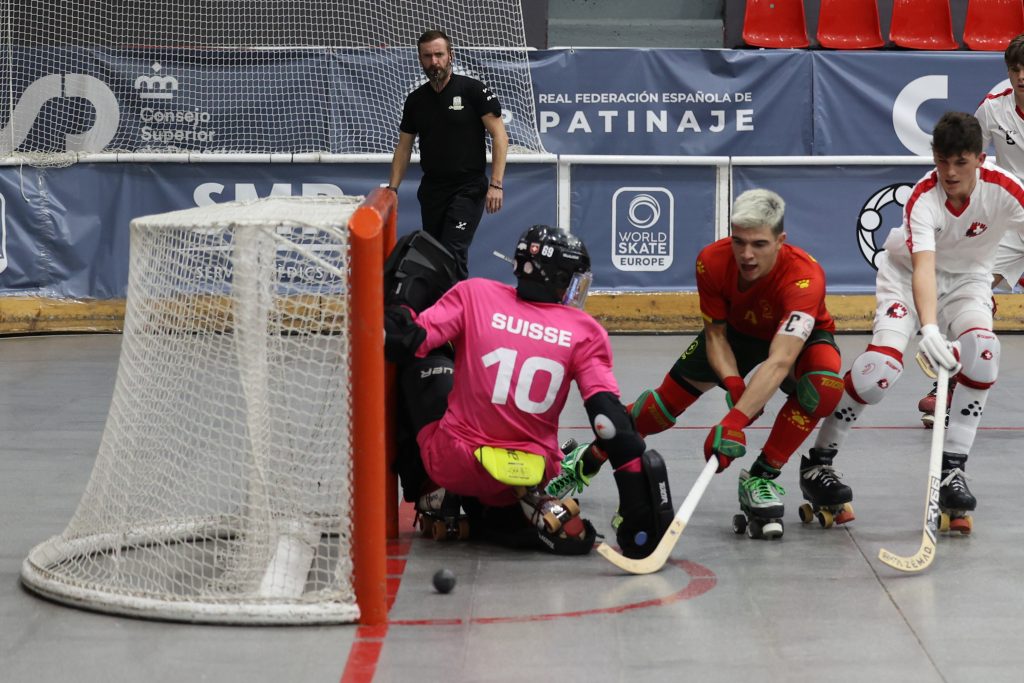 All as a prediction on the day of the Quarterfinals played in the Pavellò Olimpic de l’Ateneu in Sant Sadurni d’Anoia. The two best ranked of each group have registered for the medal fight. Tomorrow at 7 pm Portugal-France will be played and at 9 pm Spain-Italy, with a show that will be ensured given […]

Tomorrow the knockout stage starts with the quarterfinals 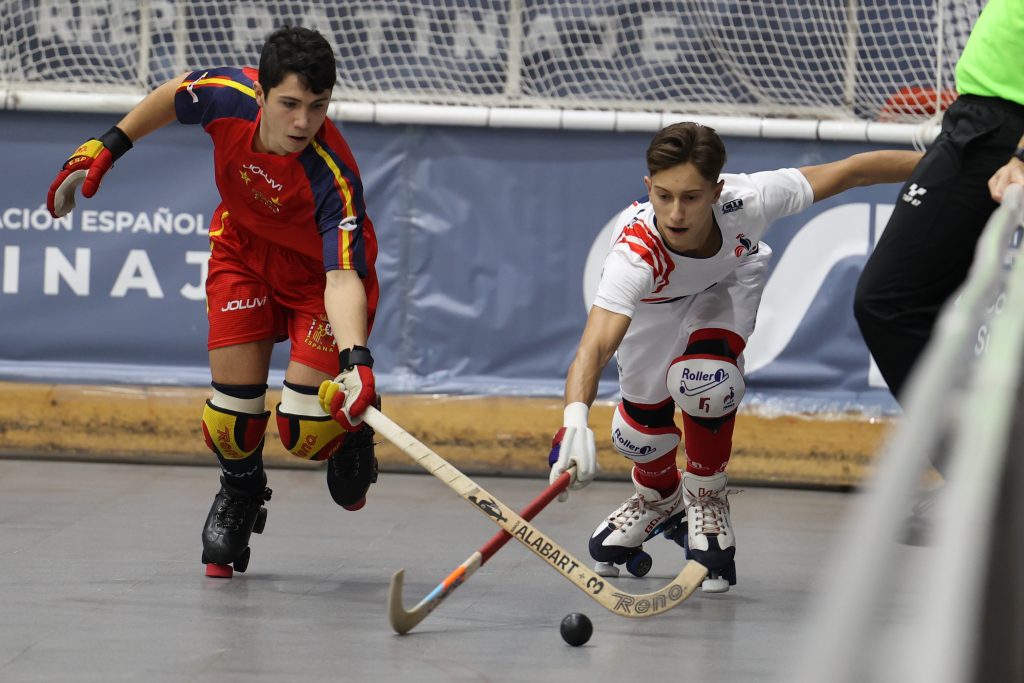 The first phase of the 41st Under 17 Men European Championship has ended with the definition of the positions in the standings of the two groups. Tomorrow from 15:00 the knockout stage will begin, starting with Italy-England, at 17 France-Germany, at 19 Portugal-Switzerland and at 21 Spain-Andorra.The third day was the most spectacular and balanced, […]

The same four teams are leaders. Tomorrow the direct clashes will decide the qualification 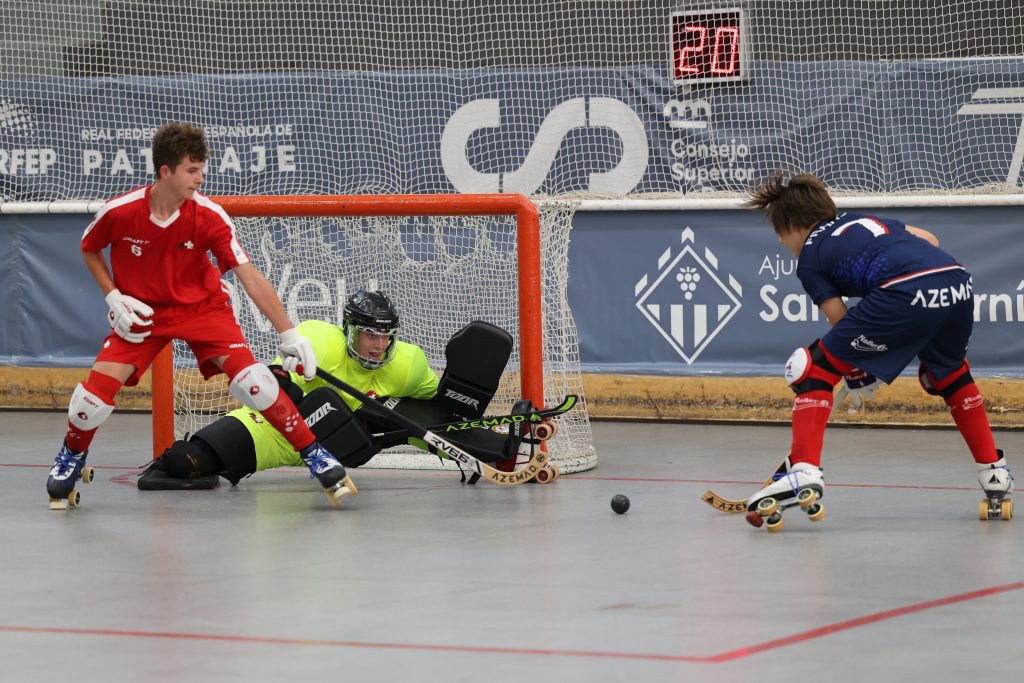 Still three more points for the four winners of the first day, Italy, France, Portugal and Spain and tomorrow will be decisive for the final qualifying standings and define the grid for the quarterfinals on Thursday. A special day because you will see not only the fight for the first positions but also for gaining […]

Italy, France, Portugal and Spain gain the first three points in the Championship 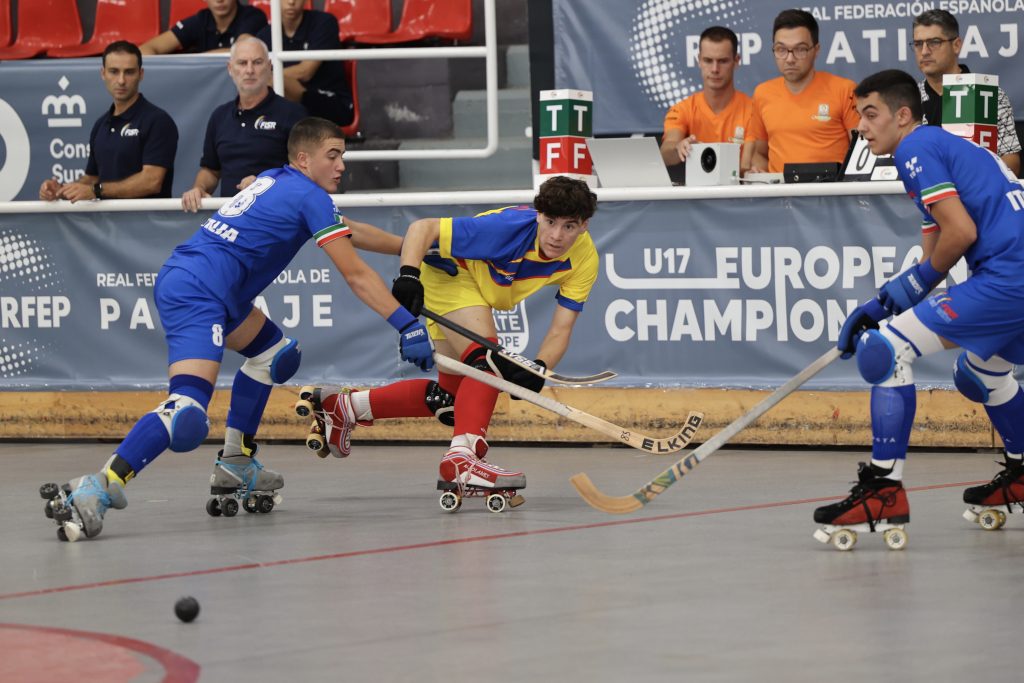 Four wins for the four favourites to fight for the medals of the 41st Under 17 Men European Championship. Italy, France, Portugal and Spain scored their first three points. Andorra is the only one of the four defeated teams that managed to score a goal, while the teams that scored the most were Italy and […] 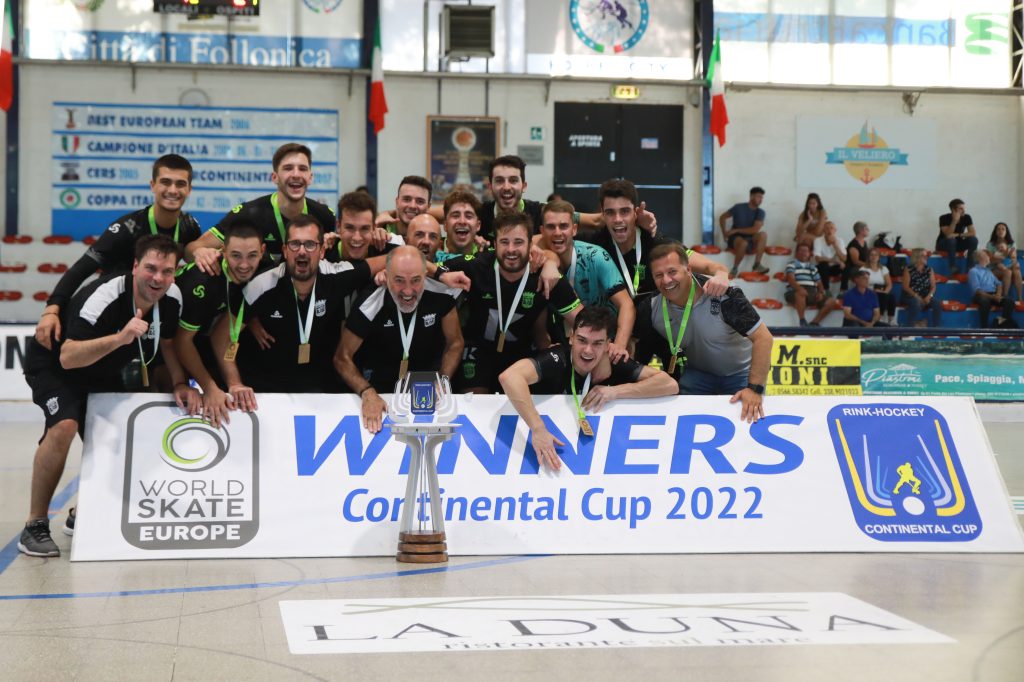 A delayed start of the match of about 30 minutes for the additional cleaning of the Follonica rink. But the show was not long in starting on the track because Valongo immediately went ahead on a penalty shot by Moreira Bessa. The Portuguese enter the rink better and put the Italians in serious difficulty, who […] 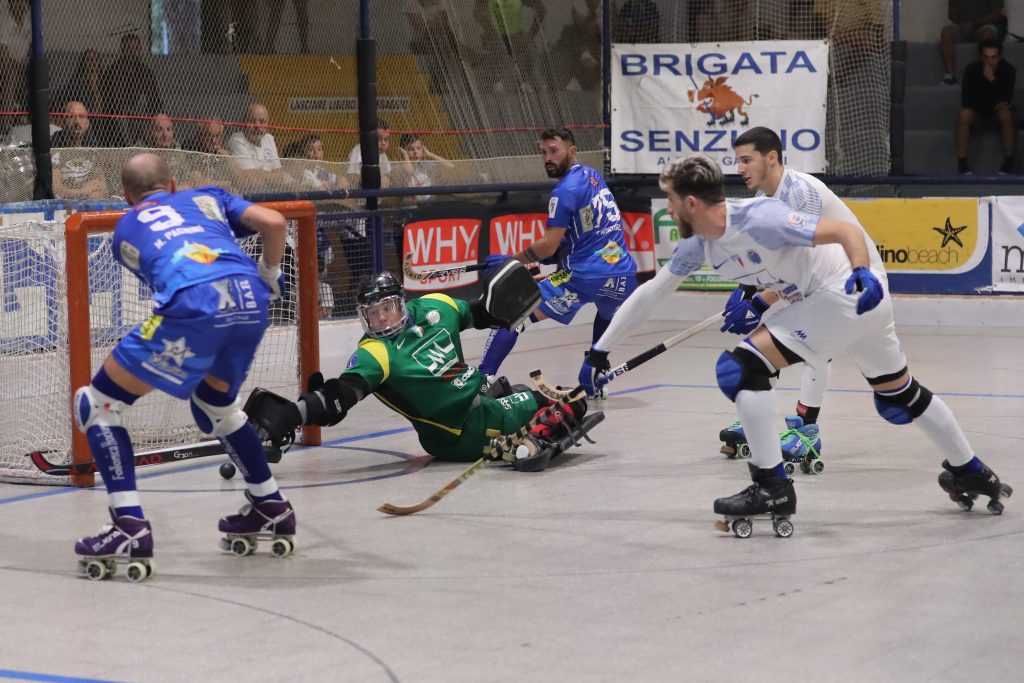 Trissino and Valongo will again compete in the European competition, after the Euroleague final four months ago in Torres Novas. A tug-of-war between two teams that won the two semi-finals but found on their way two very demanding opponents, in two matches decided only in the final minutes. On the one hand the Argentine Navarro […]